A Radio/ Picnic day was held on Saturday 24 September 2016 with members from the Mid South Coast Amateur Radio Club and the Illawarra Amateur Radio Society attending.  It was held at the Killalea State Park 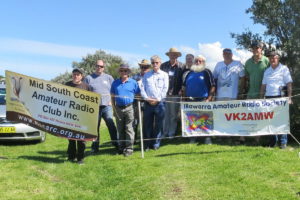 The above picture shows the members who attended with the banners of both clubs.
The picture below shows the whole group including the wives and children of the members attending. Not a large number of contacts were made but much time was spent discussing equipment and radio in general.  Of special interest was the demonstration by Steve who with the aid of his tablet operated his home station by remote control 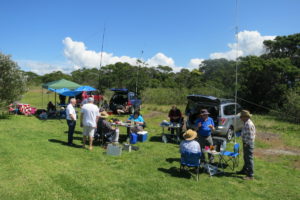