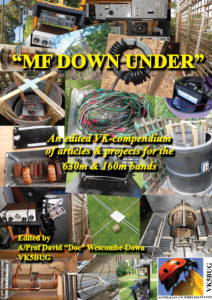 The publication date of June 20, 2016 is for “MF Down Under”: An edited VK-compendium of articles and projects for the 630m & 160m bands which is the first ever Oceania-based one-stop-reference for embarking upon MF operating, and is all-mode inclusive.

It is intended to be a limited-run, cost-recovery legacy to amateur radio in Oceania and the retail price will be AUD$48 plus postage satchel cost if required. Orders are currently being taken via d.wd@bigpond.com 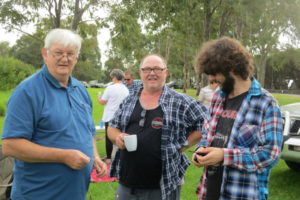 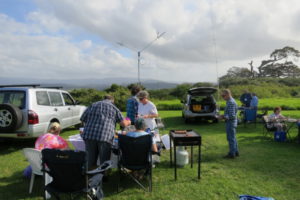 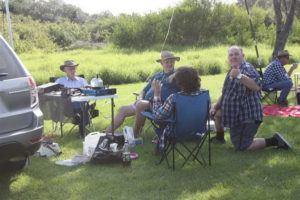 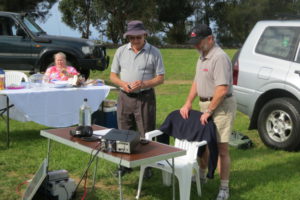 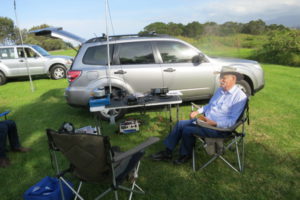 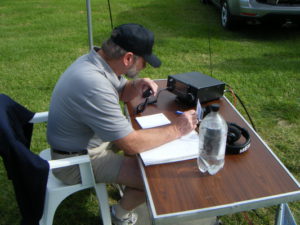 Margaret and I enjoyed a very pleasant afternoon at the Killalea  State Park on the 21st of May. This was a MSCARC event and we were joined by members of the Illawarra Radio Club. The weather was fine but cloudy and not too hot. The location is fantastic and we should visit there again.

There were lots of other activities taking place, mainly with the Scouts. We got in early, otherwise parking may have been a problem.

Gerald VK2HBG and David VK2FLDW set up tables with radio equipment on them. Gerald using HF and David monitoring VHF. Gerald was using his new Software Defined Radio the Icom  IC-7300. A very impressive piece of radio equipment. David was using his Yaesu FT 991 also the latest generation radio. They were later joined by Rob VK2XIC who showed what could be worked from a Yaesu FT817 using 5 watt and a quickly erected G5RV.

Gerald provided the BBQ and there were sausages and steaks for lunch plus salad and desserts. David brought along a portable stove for brewing tea but forgot the tea bags. There is a cafe on the site so thirsts could be quenched anyway.

Comments on the day were all favourable and it was agreed that we should repeat it some day.

Let it be known to all members and friends of the Mid South Coast Amateur Radio Club that John Lukey is hereby licenced to use the call sign of VK2JG. This call sign was until recently the call sign of the late Noel Hill. I was granted permission to aquire it by his XYL Nancy VK2NPG.

I would like to thank Ted VK2ARA and Petra from the WIA for their assistance in changing over the licence.  Quite painless apart from the fee.

Two members David, VK2FLDW and Blake, VK2FVBW travelled to Sydney to meet up with Connor, VK2FCAC from IARS to take part in the Inaugural ferry contest.  Many contacts were made on simplex and on the repeaters and QSL cards were exchanged with the many amateurs met on the ferries and wharves.

We spent some time at the Rose Bay wharf, headquarters of the contest chatting with the organisers.

Things are still being rolled out and modified, so check back soon for more posts and information from us here at the Mid South Coast Amateur Radio Club!

PS, big thanks to Adrian VK2JBX and all at Triple U Community Radio for hosting us!